BEMBEREZA English Medium Pre and Primary School is located at Rubya village,
near Rubya Hospital, in Ijumbi ward, Muleba District, about 102 km from Bukoba,
which is the Capital city of the Kagera Region. The two wards of Ijumbi and
Kashasha in which Bembereza school serves, have a population of 23,071 out of
which 11,215 are females and 11,856 are males (2012 census). The school has an
area of 5,556.6 sq. meters of which only 40% have been utilized for existing
buildings and other infrastructure. The school is owned and run by KADETFU
(

Kagera Development and Credit Revolving Fund), a Non-Governmental
Organization (NGO) based in Kagera region. KADETFU established this school in
2002 mainly to support orphans and vulnerable children to get a quality education
like other children who are non-orphans. Historically, the children from good
wealthy families are taken far from their homestead to get quality education, but
the orphans and children from poor families have no help to get such education.
Therefore, the Bembereza school was established to cater for that.

To date Bembereza school has 172 pupils (male 82, female 90), among them 68 are
orphans who cannot pay for their school needs. Therefore, KADETFU as the owner
and the school administration are committed to look for financial support for
further construction of the school in order to sustain these orphans.
ECLAT is equally grateful to the donors in Germany for the vast and continued
support to the improvement of the education status in Tanzania at large. This
support goes a long way in ensuring children access quality education.
The Bembereza School project involved the construction and finalization of school
infrastructures. The project activities were realized in two phases which enabled
ECLAT, KADETFU and upendo to implement this project step by step.
Phase 1 had the following activities: construction of two classrooms, a toilet block
with six latrines and completion of girl’s dormitory. Phase 2 facilitated the
availability of water at the school by drilling a borehole, construction of a water tower
and installation of a water distribution network.
The Bembereza Primary School project started on 14 April 2021 and finished on 25
October 2021 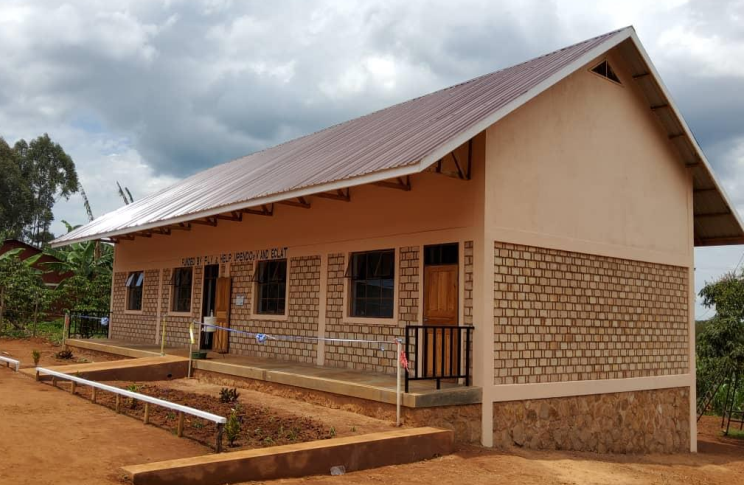 This completion report explains the areas funded and how the funds received
assisted in achieving the desired goal of improving and expanding Bembereza
Primary School at Rubya village.