FROM THE EXECUTIVE DIRECTOR'S DESK 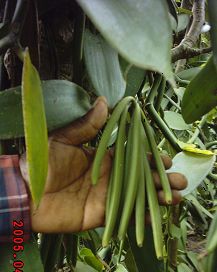 The year was very busy, but a very successful year for KADETFU with tangible results of her activities. We are proud that KADETFU now is on the glob map. Many contacts have been made. Many visitors have visited our organization and its activities and further more, our relationship with the government has been reinforced.

Poverty is a violent lion. It strives to attack anybody whose nose is cold. It looks for individuals and community groups whose responsibility is limited. Poverty is an enemy who need pertinent weapons to conquer him.

KADETFU utilized the weapon of âEducation and awarenessâ to defeat this enemy. Communities were built their capacities through seminars, workshops and training meeting on diverse skills of life management and concern. People have been supported financially to establish income generation activities as a gear to combat poverty. All efforts through all programmes aimed at reducing poverty, if not to eliminate it completely.

In that regard, we are obliged to convey our gratitude to all those who in one way or another, enabled us and/or joined forces with us to accomplish this task

We therefore are looking forward to the continued working relationship, guidance and concern during the next year for the betterment of our community.

Nevertheless, the subsequent year is approached by the big responsibility to most of Tanzanians, the general election. KADETFU would like to call up-on all suitable Tanzanians to register themselves and ultimately take part in the General Election in October 2005. KADETFU will participate in this election through community sensitization and civic education. In this Regard, we shall enlighten the voters to be cognizant on gender equality during election.

When the year comes to an end, it triggers the start of activities for the next year. Let us bring forward the achievements and expand them during the following year.

I wish you all every success during the whole year of 2005.